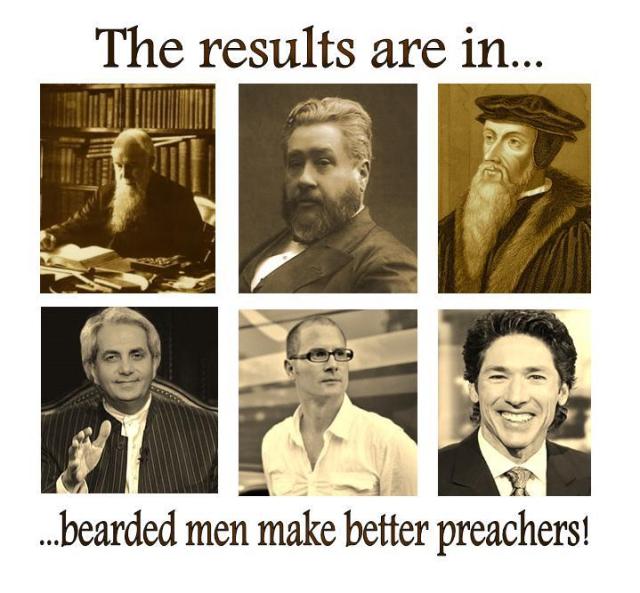 While we are a people of the Book, there is more to being a Baptist than just believing the Bible. Out of our belief in, and fidelity to, the Word of God, come certain distinctives that identify true, biblical Baptists. There are some things that all Baptists believe, if that is, they are truly Baptist.

I thought I would share those distinctive marks of being Baptist with you in the form of an acrostic built around the word Baptist. This acrostic isn’t original to me. It comes from All About Baptists, and I bring it to you with very little editorial comment. My comments appear in parenthesis.

The Bible is the final authority in all matters of belief and practice because the Bible is inspired by God and bears the absolute authority of God Himself. Whatever the Bible affirms, Baptists accept as true. No human opinion or decree of any church group can override the Bible. Even creeds and confessions of faith, which attempt to articulate the theology of Scripture, do not carry Scripture’s inherent authority.

“For this cause also thank we God without ceasing, because, when ye received the word of God which ye heard of us, ye received it not as the word of men, but as it is in truth, the word of God, which effectually worketh also in you that believe.” ~ 1st Thessalonians 2:13

A – Autonomy of the Local Church

“And he is the head of the body, the church: who is the beginning, the firstborn from the dead; that in all things he might have the preeminence.” ~ Colossians 1:18
P – Priesthood of the Believers

Every born-again believer has direct access to the throne of God. Therefore, since every child of God shares in the priesthood of the believers, all have the same right as ordained ministers to communicate with God, interpret Scripture, and minister in Christ’s name. This is first and foremost a matter of responsibility and servanthood, not privilege and license.

“Ye also, as lively stones, are built up a spiritual house, an holy priesthood, to offer up spiritual sacrifices, acceptable to God by Jesus Christ.” ~ 1 Peter 2:

T – Two Ordinances of the Church

We practice only believer’s baptism by immersion, which is the only acceptable mode for baptism because it alone preserves the picture of saving truth. No other form pictures the death, burial, and resurrection of Christ (Romans 6:1-5).

We believe that the Lord’s Supper is a symbolic ordinance, picturing Christ’s body broken for our sins and His blood shed for our redemption. It is not a saving ordinance, but helps us remember His death, and inspires us while looking forward to His coming. It is to be observed by regenerate, obedient believers.

“For I have received of the Lord that which also I delivered unto you, That the Lord Jesus the same night in which he was betrayed took bread: And when he had given thanks, he brake it, and said, Take, eat: this is my body, which is broken for you: this do in remembrance of me.”
~ 1 Corinthians 11:23-24

Every individual Christian has the liberty to believe, right or wrong, as his/her own conscience dictates. While we seek to persuade men to choose the right, a person must not be forced to into compliance, realizing that it is not always the larger group who holds the truth when, in fact, our heritage as Baptists has demonstrated the worth of every individual believer.

(No Baptist should ever force another believer into walking in lockstep with every tiny detail of their personal belief system in order for them to loved, accept, affirm that other believer as a brother or sister in Christ. Baptists believe that all believers have the liberty to believe as the Lord leads them, even if their viewpoint differs from ours. No Baptist should have to fear being attacked, vilified, or ostracized simply because he or she doesn’t believe like some other Baptist does on any given issue. This is especially true, if that issue is a secondary matter not related to a biblically defined, fundamental doctrine of the faith, e.g. The Virgin Birth of Jesus, the deity of Christ, the sinless nature of Christ, the substitutionary atonement of Christ, the victorious resurrection of Christ, the ascension and return of Christ, the inspiration of scripture, and salvation by grace alone, through faith alone, in Christ alone, to name a few.

In my humble opinion, this is the primary area where many Baptists have ceased to be Baptist-like in their practice. Far too many Baptists have the opinion that they have, and they alone, have the truth. They give the impression that they have the right to determine what should be believed by every other believer. Anyone who disagrees with them is attacked, vilified, demonized, and marginalized. This is a cult-like mentality that has no place in Baptist life and practice. Those Baptists who react in anger and malice toward those with whom they disagree are not walking in Christlike love toward the brethren. Jesus said that love among the brethren would be the defining mark of His people, John 13:34-35.

As far as I am concerned, as long as we can agree on the fundamental doctrines of the faith, we can have fellowship. What a person believes about the rest of it is between them and the Lord. It certainly isn’t up to you or me.)

“So then every one of us shall give account of himself to God. ~ Romans 14:12

Local church membership is restricted to individuals who give a believable testimony of personal faith in Christ and have publicly identified themselves with Him in believer’s baptism. When the members of a local church are believers, a oneness in Christ exists, and the members can endeavor to keep the unity of the Spirit in the bond of peace.

“Then they that gladly received his word were baptized: and the same day there were added unto them about three thousand souls.”…”Praising God, and having favour with all the people. And the Lord added to the church daily such as should be saved.” ~ Acts 2:41, 47

T – Two Offices of the Church

The Bible mandates only two offices in the church–pastor and deacon. The three terms–“pastor,” “elder,” and “bishop,” or “overseer”–all refer to the same office. The two offices of pastor and deacon exist within the local church, not as a hierarchy outside or over the local church. (Some Baptists view the Pastor/elder role somewhat differently. Again, that is their prerogative.)

“This is a true saying, If a man desire the office of a bishop, he desireth a good work.”…”For they that have used the office of a deacon well purchase to themselves a good degree, and great boldness in the faith which is in Christ Jesus.” ~ 1st Timothy 3:1-13

S – Separation of Church and State

God established both the church and the civil government, and He gave each its own distinct sphere of operation. The government’s purposes are outlined in Romans 13:1-7 and the church’s purposes in Matthew 28:19 and 20. Neither should control the other, nor should there be an alliance between the two. Christians in a free society can properly influence government toward righteousness, which is not the same as a denomination or group of churches controlling the government.

If we Baptists would get back to being Baptists and start loving the Lord, and each other, like we should, we might actually see the Lord begin to bless us once again. As long as we continue to argue among ourselves, the world will see nothing attractive in us, nor will the Lord see anything He can use or bless for His glory. I believe that God will bless His people, but only when we live like we are His people.